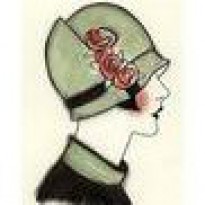 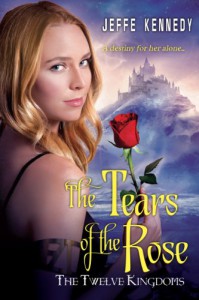 Three sisters - a warrior, an invisible middle child, and a spoiled young princess. The middle sister's story was told in The Mark of the Tala, introducing readers to Tala and 'mossbacks.' The magical kingdom of Annwyn is separate from the Twelve Kingdoms. The imbalance is felt throughout this realm. The first book revealed a few secrets of a mother's sacrifice. "The Tears of a the Rose" continues with the revered Princess Amelia's story.

Renowned for her beauty and heralded as Gloriana's avatar, Princess Amelia met her dashing prince charming in book 1. She has been pampered, sheltered, and treated as an ornament her entire life. Her evolution is from vain princess to shrewd leader was slow-developing, but I felt rewarded for pushing past the dragging character development. Her changed made sense. She found her power. I liked it.

The romance? It's called a beauty and the beast-type of romance. The hero, Ash a.k.a. "the White Monk," is disfigured and severely scarred. His eyes glow with hatred when gazing upon Amelia, yet that hatred (too easily) melts away by one act on Amelia's part. (It was too easy, in my opinion.) Amelia and Ash do have chemistry. Their sexy times were hot. Ash treated like a real woman, not a delicate flower, which the princess truly appreciated some reflection. Their resolution as a couple was too rushed for my tastes, yet I do appreciate the growth Amelia had to experience before they reached their HEA.

"The Tears of of Rose" started as a four-star read. Then, the dragging pace of the princess's development could have made it so easy for me to DNF. While her change came too late I did like who she became and I enjoyed the direction of the ongoing plot. The romance aspect of this book is 2.5 to 3 stars. Their struggle had seemed complex, but it turned into something simple. This book didn't read as a fantasy romance. It's more fantasy fiction with elements of romance. Despite the negatives, I'm very interested in the warrior's sister story and the resolution in this magical world.